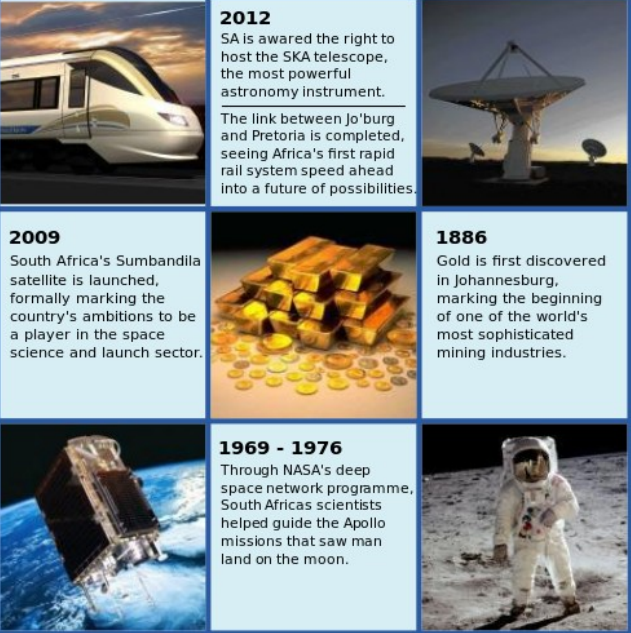 For a long time I have believed – and still believe – that the best way to get youngsters interested in following a career in one of the maths and science-related fields, such as engineering, is to showcase “Big Science” projects and the people behind them. These projects are characterised by being very ambitious and tend to propel, if seen right through to execution, a nation’s technical capabilities to a much higher level.

When the USA made its intentions clear about developing a space programme, one of the first things the Americans did was popularize the idea of putting a man on the Moon. The outcome of that campaign was evident at the height of the Apollo programme, where America was graduating more PhDs in physics alone, than all the other university faculties combined. Its no coincidence that today the US is the biggest producer of scientific knowledge in the world – accounting for, on average, over 25% of new scientific knowledge produced every year. The grand scale of that country’s space programme, and the constant media attention it generated, captured the attention of many of America’s bright young minds and helped channel them into careers in science and engineering. NASA’s average age when Neil Armstrong landed on the moon was 27-28.

Back here at home, in South Africa, in the early 2000s the average student intake by at local university civil engineering schools was 50-60 1st year students. Post-2005 in the build up to the 2010 Fifa World Cup that average increased to around 200 1st year students. The buzz around the World Cup stimulated an interest amongst a lot of my peers back then to become an engineer.

When countries embark on Ambitious technology missions or national projects with a high technical requirement, those projects tend to inspire the next generation of engineers and scientists – provided those projects remain at the forefront of the national psyche. Even grand challenges successfully conquered by individuals or a small group of individuals can have a similar effect. The Wright brothers’ invention, the aeroplane, inspired a young Frank Boeing to be one of the pioneers who made flight go mainstream. Today 1 in 2 major airliners flying over our heads bear his last name.

South Africa has no shortage of such mega projects, even with the successful conclusion of the World Cup. In fact there are even more ambitious projects in the pipeline, such as the SKA Telescope and a proposed “bullet train” linking Johannesburg and Durban within 2 hours.

The problem is, for a number of reason, South Africa is doing a lousy job at communicating such projects, and subsequently failing to entice the next generation into following a career in science or engineering – in order to participate in these ground-breaking projects. A lot of talent and potential is lost to fields in which the country has a surplus of personnel e.g. Law and journalism. Unlike Law, however, the quality of life we as citizens enjoy is directly proportional to the number of technical personnel a country possesses. A common theme in reports highlighting local municipalities with poor service delivery records is the lack of skilled technical personnel, like engineers and artisans, who should be in the employ of these municipalities.

Every year around August the country observes National Science Week, an initiative aimed at attracting young people into scientific fields by showcasing the country’s technical capabilities. In August 2014 the country unveiled the first advanced manned military aircraft to be developed locally, post-1994 (Rooivalk, Oryx and Cheetah aircraft were developed during the 1980s). Advanced military aircraft projects are “Big Science” projects – a handful of countries in the world have the know-how to develop such high end technology locally. Despite having the opportunity to showcase such technical milestones and an assortment of similar projects, SA’s National Science Week exhibition campaigns still consist of Legos and small gadgets as their centre pieces. Nobody was ever inspired by a gadget, not even Apple’s two co-founders; as much as our smartphones have more computing power than the computers on board Neil Armstrong’s lunar module lander, nobody really considers a smartphone or iPod as high end “technology”. Seeing a young female fighter pilot commanding our Air Force’s planes flying in formation can spark an interest in number of girls too, and not just boys. August happens to be Women’s month, to commemorate Women’s Day. The CEO of the company behind this aircraft also happens to be a woman! Got the picture? Good.

We missed a good opportunity to catch the attention of young people, more especially girls, by showcasing a major science and technology project, with global appeal, taking place at home which is developed by a company led by a woman. FYI: the leader of SA’s latest missile project happens to be a female rocket scientist! We haven’t got our fingers on the pulse of what’s happening in a very exciting sector.

My wish, for 2015 and beyond, is to see more awareness being focused on the nation’s ambitious projects. They have the potential to transform our society radically. The ambitious projects the US embarked upon during the Cold War laid the foundation for technologies that changed the world drastically and are the keystone (more significant than cornerstone) underpinning our modern civilization: the microchip, personal computing, the Internet are but a few examples. More importantly, a lot of public attention was focused on that nation’s ambitious endeavours. I can only imagine where S.A. will be when the SKA Telescope and HySA (Hydrogen SA; local fuel cell technology project utilizing our abundant platinum resources) are in full swing and spin offs begin emerging from these programmes.

As a nation we should take a break from focusing too much of our attention on personality cults in politics and entertainment. The former is a drain on the national psyche, the latter is just gossip. Gossip is bad.

We should aim to dream big and the fortitude to see through and live those dreams. 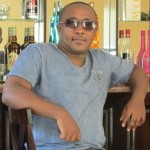